Cosmetic iris implants pose serious risks and are strongly discouraged, according to Jorge Alio, MD, and Francesco D’Oria, MD, both from Vissum Alicante Miranza Group and the Miguel Hernández University of Elche in Alicante, Spain.

However, despite the potential risks, the surgeries are still perfarmed. The currently available models are the NewColorlris (Kahn Medical Devices) and BrightOcular (Stellar Devices).

The NewColorlris, a silicone iris diaphragm with 6 rounded flaps in the periphery to hold the device in place, has a diameter that rang­es from 11 to 13 mm and a pupillary aperture of 3.5 mm and thickness of 0.16 mm. The BrightOcular, which is held in the eye by 5 triangular flaps in the peripherty, comes with diameters ranging from 11.5 to 13.5 mm and thicknesses of 0.16 and 0.18 mm, the posteri­or face has grooves to facilitate aqueous flow, the authors reported.

Alio and D’Oria conducted a retrospective study of the medical records of 5 patients (10 eyes, age range: 27-46 years) who had received 1 of the devices (2 with NewColorlris and 8 with BrightOcular). The patients had been referred to the Vissum Instituto Oftal­mológico de Alicante far complications asso­ciated with the latest models of the implants, which had been available far 6 years.

The authors rep0rted that all the devices had been explanted from 1 to 60 months af­ter the surgeries. The mean endothelial cells density was 848 ± 227.5 cells/mm2. Corneal transplantations had to be perfarmed in 30% of eyes; in other words, 2 eyes had a Descem­et membrane endothelial keratoplasty and
1 eye had a penetrating keratoplasty. Three other patients were advised that they would need a corneal transplant. Nine of the 10 eyes developed ocular hypertension, and a filtrat­ing surgery was needed in 2 cases.

Early development of cataract was a common complication, with 40% of the patients who were a mean age of 36 years requiring cataract surgery.
A representative case was that of a 37-year-old woman who had a cosmetic iris implanted in both eyes and returned 2 years later with problems in her left eye. This patient had a dramatic endothelial cell loss of 1163 cells/mm2

Following referral, iris atrophy was seen su­periorly. The endothelial cell density was rel­atively conserved after explantation at 1054 cells/mm2, the investigators said. The implant of the other eye also had to be removed.

Neither of these commercial devices had been FDA approved or received a Confarmité Europeenne mark, but they continued to be implanted. Newer models have not been improved and cause the same complications to develop as the previous models.

«Patients with cosmetic iris implants have a high risk of definitive loss of vision and other serious complications that should be described to patients befare implantation,» Alio concluded. «Implantation of cosmetic [iris] implants should be considered today as malpractice in the light of available evidence. 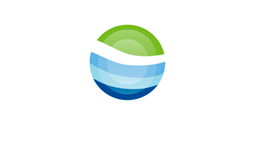